The final quarter of 2022 was one of the most dramatic that the crypto world has ever seen, with the swift and unthinkable collapse of FTX dominating not just the crypto news cycle but those of mainstream outlets too.

For this reason, the concluding part of our four-part review will only touch lightly on the story that everybody knows by now, and will instead try to remember the other things that happened in the last three months of 2022.

You might want to read parts 1-3 of our 2022 roundup to catch up on everything that happened before this final quarter, but if not, let’s jump straight in.

October began in interesting fashion when the SEC settled with Kim Kardashian for $1.36 million over her promotion of the EthereumMax scam in 2021. The incident itself wasn’t a big deal, but SEC Chair Gary Gensler went onto CNBC right after the announcement to hype up the deal, using the celebrity’s status to trumpet the SEC’s policy in such matters. Not only did this go against protocol, it also really annoyed some SEC staff members, some of whom called it a “publicity stunt”.

Binance narrowly avoided being a victim of one of the biggest ever crypto hacks when it froze its blockchain before hackers could get away with $541 million from its BSC Token Hub bridge. The hackers managed to offload $100 million before Binance pushed the big red button on its console and brought the blockchain to a halt, narrowly saving its blushes.

A heavy dose of intrigue was dished out this month when it was revealed that the creator of the Helix mixing service, who was awaiting sentencing for pleading guilty to laundering $311 million worth of crypto through the platform, earned himself a reduced sentence by ratting on his own brother for stealing ₿713 from under the noses of the U.S. authorities.

Authorities noticed the missing bitcoin, which was stolen despite the Trezor wallet in question sitting in a police evidence locker, and asked Gary Harmon about it. Harmoin told police that his brother Larry had access to the Trezor wallet, which resulted in the younger Harmon’s arrest and prosecution. Ouch.

October wasn’t a great month for Craig Wright, who, two months after ‘winning’ a nominal £1 against Peter McCormack and being denounced as a liar, lost another libel case, this time against Hodlonaut, while his evidence was eviscerated – again.

October also saw someone exploit Mango Markets algorithms to steal over $100 million worth of cryptocurrencies, and then use those same tokens to almost swing a DAO vote his way and ensure him a share of the spoils. This kicked off a debate about when a hack is a hack and when it’s simply someone gaming the system, as appeared to be the case in this instance. However, the FBI would make their position clear by arresting him for the hack two months later.

November was about three letters – FTX. The exchange giant, trusted by so many and valued at some $30 billion, collapsed in spectacular style just days after it was revealed that much of its value was based on its own FTT token. This led to an incredible week-long spiral of decline, leading to the exchange filing for bankruptcy less than two weeks after the initial allegations.

The twisted, multifaceted story will be told through a book, film and TV series in 2023-24 and will remain the embodiment of all the worst elements of crypto.

The knock on effect of FTX’s collapse was swift and telling, with lending platform Blockfi halting withdrawals and then itself filing for bankruptcy, while crypto giant Genesis was also forced to bring in restructuring advisors after halting withdrawals. The fallout also hit lending platform Salt and investment firm Ikigai, leaving customers of other platforms wondering if theirs was next.

Crypto.com didn’t help its already ropey reputation when it accidentally sent $400 million worth of ETH to fellow exchange Gate.io, although its CEO didn’t seem to think this was too much of a problem.

November also saw the IRS recover a staggering $3.36 billion in bitcoin, cash and precious metals from a Silk Road hacker who had kept it dormant for almost 10 years, while LBRY lost its securities case against the SEC in another blow to the crypto industry.

Bitcoin mining was the subject of a discussion this month as the state’s governor signed into law a two-year freeze on new Bitcoin mining operations and an expansion ban for existing ones, while Bitcoin miners the world over took measures such as unplugging mining rigs in order to keep themselves solvent.

In a month of little good news there was some for Bitcoin Cash, with the island nation of St Kitts and Nevis accepting the alt coin as legal tender from 2023. Nothing to do with famous resident Roger Ver, of course.

December started badly for Kraken employees, with over 1,000 of them finding out that they had been let go after they were denied access to their work laptops.

Ethereum supporters also got something of an unpleasant surprise early in the month when it was revealed that the Commodity Futures Trading Commission (CFTC) Chair Rostin Behnam had changed his mind on Ethereum’s status as a commodity, having previously suggested that it fell into this category. Benham had said previously that he had tried to persuade SEC Chair Gary Gensler that Etehreum was still a commodity following its transition to a proof-of-stake consensus mechanism, but that, now, he was on Gensler’s side.

Lending platform Nexo quit the United Stated in December, putting the blame on the intransigence of American regulators when it came to its Nexo business model. This followed the company being hit with a record eight consecutive cease and desist orders over one of its lending products earlier in 2022.

This month we also saw the term ‘metaverse’ come second to ‘Goblin mode’ in the Collins word of the year competition, following on from NFT winning the Oxford Languages version in 2021, showing that certain elements of the cryptoverse were finding adoption, despite the negative news of 2022.

Hardware wallet maker Ledger released a new wallet in December, designed by someone instrumental in building the iPod. The new design was certainly a more contemporary design, with NFTs at the forefront, but the lack of a colour screen was a missed opportunity.

Lightning Network payment platform Strike expanded its offering this month following its deployment in El Salvador with Send Globally, a feature that enabled instant, low-cost payments to Africa, with initial coverage for Nigeria, Kenya, and Ghana.

The app allows anyone in the U.S. to send bitcoin to users in those countries quickly and cheaply, and is another example of how Bitcoin can be used for both micropayments and as a store of value.

Mid-December saw what many had been waiting for for over a month – Sam Bankman-Fried was arrested on multiple charges relating to financial crime, including money laundering and wire fraud. The day after the SEC hit him with charges of defrauding investors, and Bankman-Fried was extradited to the U.S. to face a litany of charges, while two of his cohorts also pleaded guilty.

There was some positivity with which to end the year – both Brazil and Nigeria took huge steps towards legalizing crypto payments in their respective countries, one step away from full recognition as legal tender.

2023 Doesn’t Look all that Promising Either

The final quarter of 2022 was one of the craziest, even for the crypto world. The FTX saga dominated almost everything, with mainstream media using it as the biggest of sticks to bash crypto with.

It is going to take some time for this particular cloud to pass, and so we can’t really expect much from 2023. Crypto needs some time to lick its wounds and move on, but wherever it goes from here, the last nine weeks of 2022 will not be forgotten in a hurry. 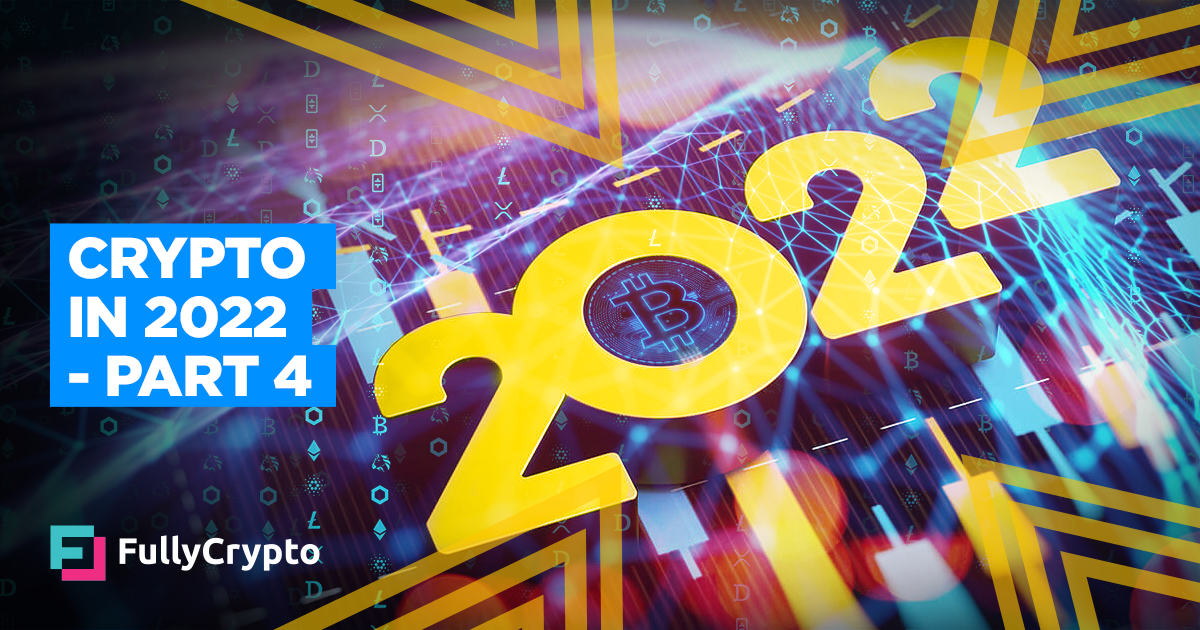